Ohio-based Lordstown Motors Corporation (LMC) is on a verge of launching a new generation pick-up truck properly named ‘Endurance’. Powered by Elaphe in-wheel hub motor technology, this pick-up truck prides itself in being smarter, safer and more productive for work than any other pick-up truck on the market.

A 6,2 million square feet factory (previously owned by General Motors) and the background of the several key employees with impressive credentials from companies such as GM, Tesla, Toyota, etc., combined with the vision of the vehicle – position LMC as a prime mover in the EV space.

The Endurance will be the first mass-produced commercial vehicle to feature in-wheel hub motors. And with strong demand, it is slated for a homerun, with more than 100.000 pre-orders to date. 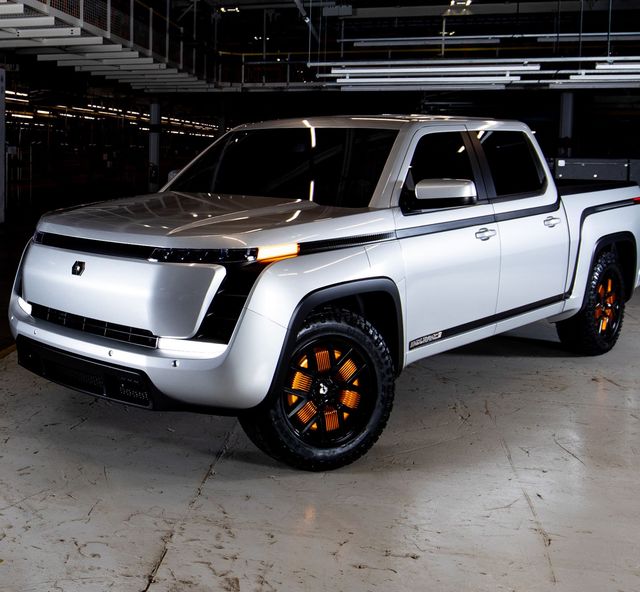 Powered by Elaphe-designed, L1500-based Endurance in-wheel motors, featuring the highest torque density of electric motors on the market, a massive torque output can be generated –without any gears. Not only the gears, but also drive shafts, and universal joints have been effectively removed from the design, reducing the number of moving parts from several thousands of moving parts in the traditional vehicles to only 4 parts in Endurance.

And these four hub motors are only a small part of the puzzle, the rest of the intelligence lies with the multiple-motor propulsion control, where integrated software monitors and adjusts each wheel every millisecond. All to optimize performance, range, and efficiency, while simultaneously monitoring battery pack performance. No unnecessary energy is lost since energy output goes directly into the wheels for immediate movement.

The whole skateboard chassis is simplified, consisting of only the in-wheel motors, auxiliaries and the battery pack. There are many advantages for this kind of platforms such as the reduced weight of the frame and body panels, fewer parts used (and therefore less maintenance) and increased modularity across several features.

By moving the motors to the wheel hubs, we have created perimeter weighting and the lowest centre of gravity for unprecedented stability.

And that’s before all the advanced functionalities that are made possible by effectively creating a software-defined powertrain.

Elaphe prides itself in enabling the Lordstown Endurance with scalable IWM technology (a full powertrain stack with motors, controls and software), powering LMC’s giant leap forward in vehicle development. The vehicle will open a set of new opportunities in the pick-up as well as other segments.

This website uses cookies to improve your experience while you navigate through the website. Out of these cookies, the cookies that are categorized as necessary are stored on your browser as they are essential for the working of basic functionalities of the website. We also use third-party cookies that help us analyze and understand how you use this website. These cookies will be stored in your browser only with your consent. You also have the option to opt-out of these cookies. But opting out of some of these cookies may have an effect on your browsing experience.
Necessary Always Enabled
Necessary cookies are absolutely essential for the website to function properly. This category only includes cookies that ensures basic functionalities and security features of the website. These cookies do not store any personal information.
Non-necessary
Any cookies that may not be particularly necessary for the website to function and is used specifically to collect user personal data via analytics, ads, other embedded contents are termed as non-necessary cookies. It is mandatory to procure user consent prior to running these cookies on your website.
SAVE & ACCEPT